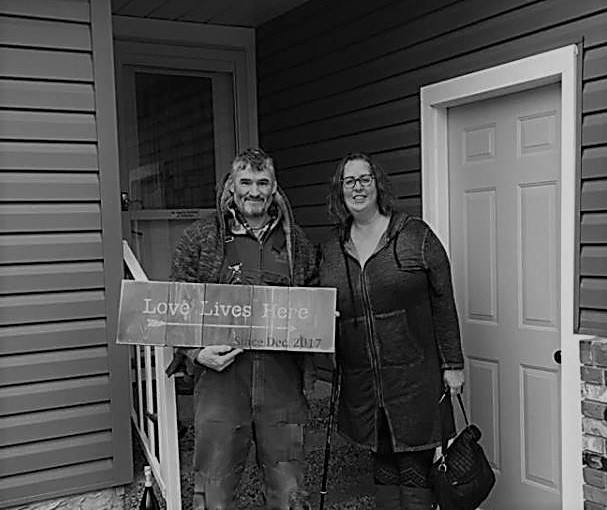 Boy, what changes I have gone through in 2017. To begin, I will put it out there that I don’t like change. I think most humans do not. Living with an illness, there are always changes in my health and my capabilities and limitations. Although I have some influence over them, in the end sometimes they just happen whether I like them or not. So again, I don’t normally like change. Which is why at the tail end of 2017 my choosing drastic changes came to me as somewhat of a surprise.
The first one was a move. I had lived in a bi level for 7 years. My husband and I had really created a home that we loved and had so many fond memories in. However, as my mobility had lessened since we purchased, a home where I had to navigate stairs everyday, needing to go up and down to get in and out of the house, was no longer working. After some conversations with my husband and friends, who insisted it was not safe anymore after a number of falls, I agreed that a move needed to happen.
So in November we decided to get our house in order and list. This brought up so many fears. The biggest one being my fear that I could not get the house in order enough to put it on the market. We decided to list on November 15th which gave us 3 weeks to downsize and stage the house. I worked pretty much around the clock for a week and my mom, sister and best friend came up to help. I hired a painter to come in to do some painting.
Then is where trust became essential. My mom said that I should go to Mexico with her, my sister and my niece for the week before we listed. My husband agreed and said he would get more done with me gone because he could do things at his own pace and in the evenings. At first this sounded like absolute insanity to me. How could I give up control and trust that everything would be ready by the time I got back?
I then started to look at what would happen if it wasn’t? Well, if it wasn’t, we just would need to wait until it was done to list. That didn’t seem so bad because we weren’t expecting it to sell until the spring anyway. I also thought back to previous data of my husband being left alone to accomplish tasks and they had always been accomplished.
And so, I booked my flight. I knew that when I came back, the organizing of showings, realtors, mortgage brokers and banks fell in my lane of things I look after. The relaxation from going away would be needed to deal with all of that.
Mexico was great and I had a blast in the sun with everyone. I did talk to my husband to see how things were going, but to my surprise I did not fixate or worry about what was happening at home. Somewhere along the way I had made a shift to trust the process. What was supposed to happen would happen.
When I returned, my husband had done everything and extra stuff that I had not even thought of, and we listed on time. Our house sold in just over a week and we were in our new perfect house within a month.
Although of course there were hiccups, the universe showed up and things happened as they should have. More evidence that I can trust the universe, others and myself. If I had not taken that leap, I would have robbed everyone of the chance to show up.