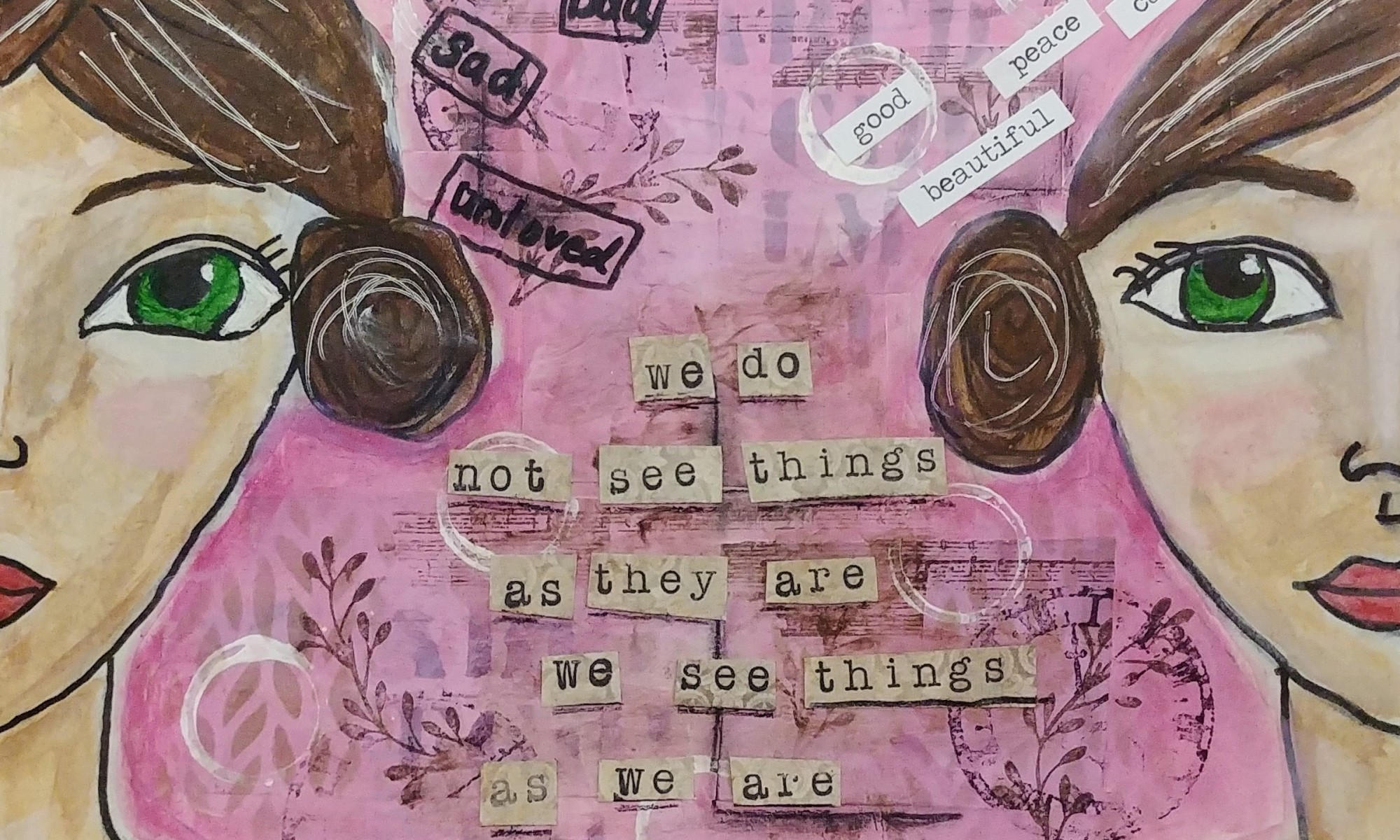 You’ve been criticizing yourself for years and it hasn’t worked.  Try approving of yourself and see what happens.  Louise Hay

I was basically forced into retirement at 37. Most of my time is spent at home painting or doing other hobbies or going out with friends.   To a lot of busy 40 something year old women, that must sound like bliss.  It has not always been such a good thing for me.

That is because even when I am all alone in own home, there is often a vicious invader lurking around.  This attacker is unfortunately the self-talk in my own head.  It is loud, insistent and voracious in its attacks at times.  The worst part of it is, that I can’t get away from it.

When I’m walking around in my everyday life, meeting with friends, going to appointments or taking part in groups, I believe I come across, and genuinely feel, like a strong, confident woman.  However, there are times when the dichotomy in my own brain rages war.  I can feel extremely capable in public, and still say the most horrible and demeaning things to myself in private.  I say things to myself that I would never say to my worst enemy.

Due to feeling like I have two separate identities battling it out within, I have begun to work on reframing my thinking to see myself as a best friend instead of an enemy.  I began to think of how I would speak to my niece or nephew and to bring that kindness and love into communication with myself.

Although it is still definitely a work in progress, I am making some headway.  I believe we all have that inner tyrant living within us.  Illness often amplifies this voice as it can drastically increase our limitations.  My trigger is feeling tired, which the bully within identifies as lazy.  They berate me into believing I should just push through it.  My new approach is to recognize that trigger and shut it down with words of kindness and truth.  I replace “I’m lazy.” with “I am tired and deserve to replenish my strength.  Hopefully with rest I will feel better later.”

My wish is for us all to find those triggers, which can be different for everyone.  I do believe the root of all triggers though is the feeling of not being good enough.  We need to become our own strongest advocate for self-compassion.

Illness can be hard but so is life in general.  At times, that tyrant has helped us to fight back and not give up.  If we see things as black and white, where the only two options are to be a bully to ourselves, or to shut down entirely, peace is not possible.  Both sides are necessary at times and where the problem happens is when we start to listen to one side all the time or when one side gets so loud that is overpowers the other. What I aim to achieve is a beautiful shade of grey where I can still fight but in a compassionate and kind way.