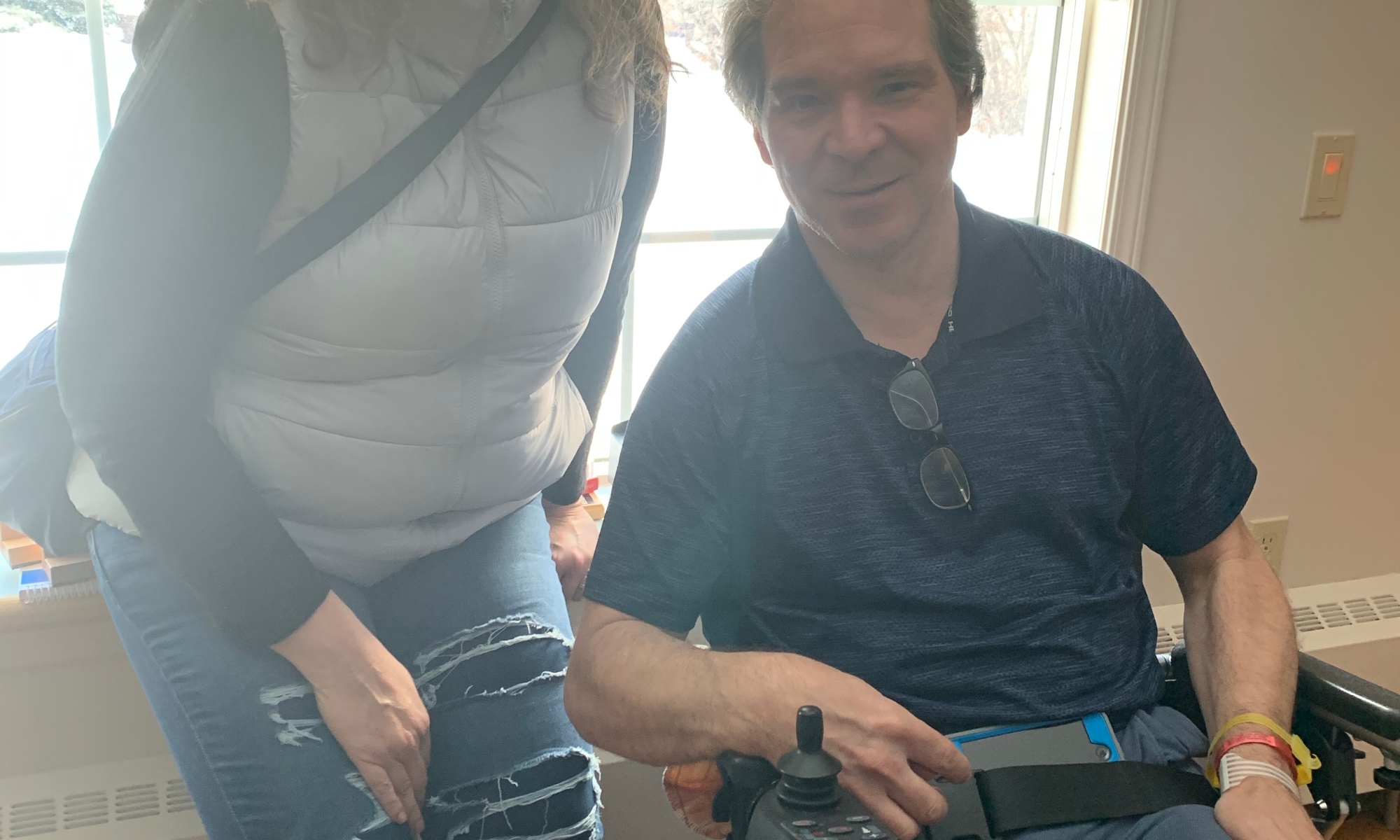 “For every dark forest you face, there is a trail through it.”

This last week has been a tough week for many people I know. I facilitate a support group for the MS Society of Canada for the city I live in. I have been doing this for almost 4 years now, and attended it for several before that. The person that I think of the most from the group left us last Friday. .

The first time I met him, I knew he would be someone I would become friends with. He was sarcastic and funny. Loved to crack jokes but was also the first to offer help if anyone needed it. He took part in many things through the MS Society. Much more than I did. He always took part in the walks with his group. As his MS started to progress more, he always had the coolest walking sticks, then walkers and then scooters. He had a rougher road than I had. I was diagnosed 21 years ago and can still walk after all this time. His journey was much more drastic in terms of decline. Each meeting he would attend, things seemed to get more difficult for him. However, what never changed was his smile and humour to deal with whatever life was throwing at him. He was the one who told me I should finally get a walker. I had been fighting it for so long. He told me to get over it and go get one. It would make my life so much better. He of course was right.

There are many things I want people to remember about my friend other than that he lived courageously with MS. He was a firefighter and RCMP constable. He loved to travel. He was married and loved his wife more than anything as he talked about her always with a twinkle in his eye. He was supportive of all in our group who needed anything. He had to move into a long term care home in his early fifties and handled it with so much more grace than I think I could have. When he moved in, I went to visit him a few times. He went around introducing me to the residents he had met so far. He showed me his room and bragged about how good the food was in the home. He was going to try to teach the cooks some of his recipes. He was also going to teach the residents safety around being safe in the cold during the winter. He was already well known to the other residents and joking around with all of them as well as the nurses. I remember being so in awe of how well he was navigating this change in his life.

He offered me knowledge during this visit I had with him in the picture above. I was going to Mexico with my family shortly after this picture was taken. He had been to Cabo many times and offered me places to go and to try. He wasn’t bitter that I was going and he couldn’t. He was just willing to offer me advice. I was so happy to see how many people that I don’t really know on an on-line Facebook page for Canadians living with MS have put out lovely things about him. I hope he knows how many people he truly impacted in the world and how many are sad he will no longer be around. Such beautiful tributes people have paid to this brave warrior.

I have had such a hard time with this loss. For selfish reasons. I miss my funny friend. I miss that I couldn’t go see him over the past 9 months because of Covid. However, I do know that he truly believed the quote at the beginning of this post. I am glad he found a path finally to lead him through the forest and know that he is now pain free and cracking jokes with everyone he meets on his next journey.

In conclusion, my friend’s last post he put out said “When you see a robin flying in the spring, think of me.” I know so many people who will shed a tear and say hello in the spring when a robin crosses our path, and will probably tweet up a storm as it passes.

5 Replies to “My Brave Friend”